I arrived at Noble with 6 years of education experience. A friend suggested I apply to a new Noble campus. The principal’s vision included considering the needs of the neighborhood we served. Professional development was built into the weekly schedule and there was space for teachers to collaborate. The community-mindedness, collaboration, and professional development space made me feel that Noble was a best fit.

Three years later I was unable to fulfill the commitment I’d made to mentor my advisory from freshman year through graduation. I asked myself the question: Can I remain a 4th year? The answer? No. There are too many methods that I feel fundamentally at odds with.

The entirety of my three years at Noble, I was challenged by the discipline system; it did not include teacher voice. In my last year, the Network decided teachers will no longer issue warnings. The first time kids exhibit inappropriate behavior, a demerit is issued, not a warning. The decision was made about two weeks into the school year after teachers had set culture. We were expected to comply immediately. Teachers had to re-do the work of culture building. Teachers had to break students’ trust, re-establish systems, and learning time was lost.

The discipline system is not culturally responsive to the race or age of our students. At my campus we incessantly talked about hair policies. I’ve read many an article about the disdainful manner in which the hair of students of color is treated in schools. My experience at Noble exemplified that. The policy is that students can have one, straight-line part. The result was that many of our African-American boys were often out of class. Teachers were instructed to use an eyeliner pencil to fill in “inappropriate parts”. More than one part or curved parts were considered unprofessional or distracting. In all my years of teaching, I’ve never had a student say they were distracted because of another student’s hair. I’ve seen students learn when students had multi-colored hair. Children SHOULD learn to be professional via meaningful professional opportunities AND they should be allowed to develop their identity even if that includes wild hair styles and wacky parts. By virtue of their age, exploration of their appearance is a natural part of their maturation process.

A strong discipline policy sets the stage for learning; It does not require arbitrary compliance. Teachers most often utilize the discipline policies; they’re perspective matters. Kids should be allowed to express themselves; they are children, not professionals and policies should not have racial dimensions to them.

I’ve detailed just a few of the issues that made working at Noble untenable. The competitive versus collaborative nature of testing, the use of test scores as the only measure of teachers’ or students’ success, and the inequalities in funding and success across campuses along racial lines were also burdens I bore. These are some ofthe challenges that made a 4th year feel impossible.

As a former founding teacher at DRW College Prep, I support those of you undertaking this effort to unionize at Noble. It takes a village to raise a child. Teachers and staff are vital members of that village and should be formally recognized as having unique insight into what it takes to raise the child to be the very best that they can be. A union is the formal recognition that the staff are invaluable members of the village deserving of protection, representation within Noble, a voice, and able to bring nuanced and unique wisdom to Noble as an organization. If I had a voice and a union at Noble, I believe that my 4th year wouldn’t have felt impossible and I would still be there.

Bio: Amethyst Phillips was the founding Chemistry teacher at DRW college prep. She taught in that role for three years and also coached the school’s cheerleading team. In her last year at DRW, she served as the science department head and was the advisor for a student-led book club. Prior to coming to DRW Amethyst worked as Manager of Teacher Leadership Development at Teach For America, taught for three years at Uplift Community High School in Chicago’s Uptown neighborhood and for two years at Homewood-Flossmoor High School in Flossmoor, Illinois. 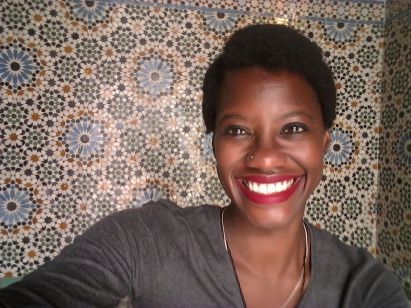 View all posts by whyileftnoblenetwork